Although California Winds Are Easing, Thousands Still Without Power 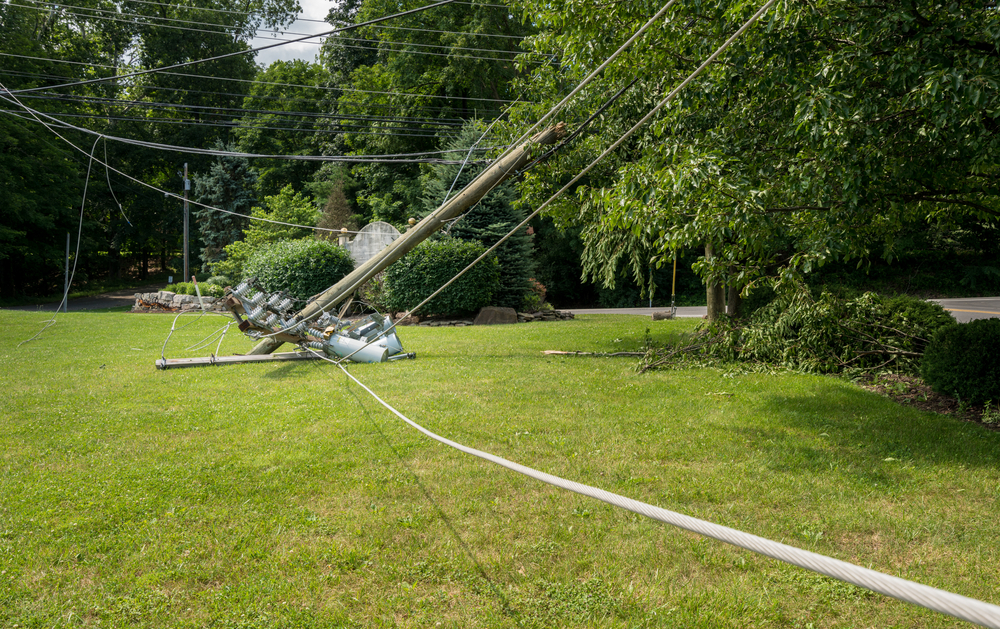 Reports on Wednesday, January 20 indicated that storm forced winds that helped plunge thousands of Californians into darkness had eased. Still, on Tuesday, January 26, more than 11,000 homes were without power.

The windstorm that caused brushfires, toppled trees and left thousands of Californians without power was focused on the southern end of the state, where it was expected that more threats of heavy rain and flash floods would occur.

Residents of the state experience strong winds of 50-mph in many areas in San Diego County.

The winds were tapering off by sunset in many areas, but high-wind warnings remained in place until 10 p.m. in San Bernardino and Riverside counties and inland areas of Orange County.

Meanwhile, utilities were rushing to respond to power outages resulting from a combination of wind damage and public safety power shutoffs to prevent sparks from damaged and down equipment.

Southern California Edison and Pacific Gas & Electric cautioned customers that power lines had to be inspected for signs of damage and repaired before they could be reenergized. PG&E reported that 125 power poles and 125 transformers were damaged.

The weather has been cooling since January 20. Prior to that some areas of the state were experiencing temperatures as high as the 90s.

You never know how long power outages will last despite the end of the weather issues that caused them. It’s best to be prepared for the unexpected with a standalone generator. APElectric has an inventory of generators from top rated manufacturers including Cummins, Westinghouse, Kohler, Briggs & Stratton, Generac, Firman, and Guardian. The website also includes a generator sizing calculator and offers information on how to select the proper generator for your situation.

Hurricane strength winds sparked a new wave of wildfires in California on Tuesday, January 19, 2021.The National Weather Service reported gusts of 97-mph in Sonoma County as high wind alerts and advisories were circulated statewide. Forecasters predicted gust could reach 70-80-mph at higher elevations and 50-70-mph in valleys near the coast.The winds were strong enough to cause trees to [...]

A major snowstorm has affected as many as 60 million Americans in the eastern portion of the United States from northern Georgia to Maine. New York, Boston, and Philadelphia are expecting up to a foot of snow during Wednesday, December 16th through Thursday, December 17th.Several feet of snow and heavy ice are anticipated to cause power outages throughout the [...]

Click for Official Forecast Tropical Storm Eta made landfall over Lower Matecombe, in the middle of the small islands that form the Florida Keys on Monday, November 9 th. Heavy rains pummeled the most densely populated urban areas of south Florida. The state was already saturated due to more than 14-inches of rain last month. Forecasters predict that the storm could dump [...]

Zeta Leaves 2.2 Million Without Power As It Creeps Through Southeast

Click for Official Forecast Having made landfall in Louisiana as a Category 2 hurricane on Wednesday, October 28 th, Zeta has weakened into a tropical storm dumping rain from Georgia to Washington, D.C. More than 2 million homes were without power in its wake. The storm ripped off roofs, knocked down power lines and trees and flooded streets near New Orleans. The [...]

Click for Official Forecast The citizens of New Orleans wait in dire anticipation of landfall of Hurricane Zeta just south of the city on Wednesday afternoon. A pump system failure in the area raises the possibility of severe flooding. Zeta is expected to be a Category 2 storm as it enters Louisiana. A life-threatening storm surge and strong winds were predicted [...]

New Round Of California Power Outages Expected To Last Into Tuesday

Pacific Gas & Electric PG&E, one of many utilities that supply electricity to California, has announced another round of power outages due to high fire risk that may last to Tuesday, October 27 th when the wind event ends. The outages in wide areas of the state are meant to prevent live wires that fall due to heavy winds from [...]

Click for Official Forecast Tropical Storm Zeta is expected to reach hurricane strength by today, Monday, October 26 th and reach Category One Status. By Wednesday, October 28 th, it will be in the Gulf of Mexico where strong upper level winds are expected to weaken it somewhat before it crashes into the Gulf coast. Early indications are that it may hit [...]

Highlights On The Devastation of Hurricane-Tropical Storm Delta Delta made landfall as a Category 2 hurricane near Creole, Louisiana at 7 pm Eastern Time just 13 miles to the east where hurricane Laura made landfall six weeks ago. It was the 10 th named storm to make landfall in the U.S. in 2020, a new record. The eye wall, the zone of [...]

Hurricane Delta Bears Down On Louisiana

Still recovering from Hurricane Laura, which struck in August, and after experiencing three tropical storms or hurricanes during the 2020 hurricane season, Louisiana is now bracing for Hurricane Delta. The storm is expected to make landfall on Friday, October 9, in the same vicinity where Laura struck the Bayou State. As of early afternoon on Friday, the storm has been [...]