Thousands Left In Dark After Severe Storm in Tennessee 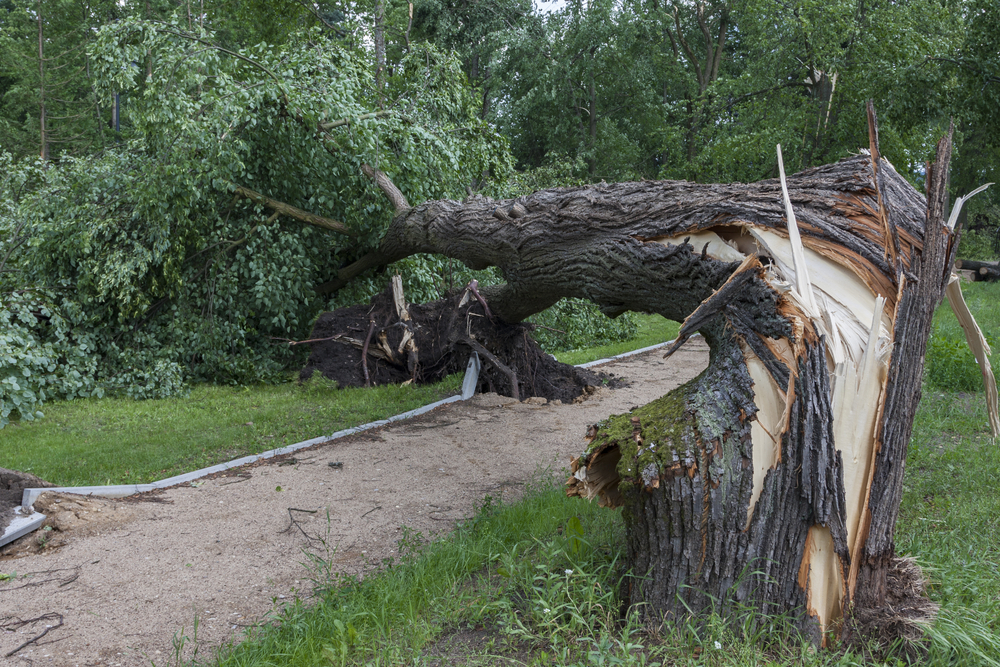 More than 130,000 Tennesseans were without power on Sunday night, May 3, 2020 after multiple severe thunderstorms ravaged the center of the state including Nashville.

The severe storm included winds as high as 60 to 70 mph that knocked down power lines, collapsed trees, and plunged the region into darkness.

Just short of one-third of Nashville Electric Service customers were still without power as they awoke on Monday, May 4.

The president and CEO of Nashville Electric Service (NES), Decosta Jenkins noted that it was the largest number of power outages in his 29-years in the field of providing electricity to the state.

The storm struck exactly two months after deadly tornadoes ravaged the area, which resulted in more than 50,000 NES customers without power.

The storm occurred in the wake of the coronavirus pandemic that has left may Tennesseans in the hospital, locked down at home or unemployed. Days without power could add more to their nightmare resulting in spoiled food stored in unpowered refrigerators and freezers.

When asked about how long power would be out in the state, Jenkins said at least a week to as long as two weeks.

Jenkins’ pessimistic response was due to forecasts of more severe weather occurring on Monday night, May 4.

In a press conference later on Monday, he explained that power was restored to 30,000 residents overnight and that NES crews would work around the clock every day of the week to restore power to all customers. He added that NES had contracted with 43 extra work crews and had requested reinforcements from Ohio to assist.

The savage winds were power enough to destroy a vacant building at the corner of 14th Avenue North and Buchanan Street in North Nashville. The storm also broke 51 NES utility poles.

Regulations imposed due to the coronavirus are affecting attempts to repair the damage. Crews must comply with social distancing requirements, which are limiting just two workers per vehicle. Storms predicted for Monday could also slow down repairs.

On Monday, crews from Middle Tennessee Electric Membership Corporation were working to restore power to about 5,000 customers. Most of the power failures occurred in Williamson and Wilson counties in the middle of the state.

A Spring Hill resident who was also a firefighter, Mitchell Earwood, 34, died in a storm-related occurrence at his home.

A wide area of middle Tennessee is in need of clean up due to the massive storm. In Nashville, there were flipped boats and scattered gear strewed along the docks at a yacht club and a 200-year old oak tree was forced down in front of a middle school. The Metro Nashville Police Department reported that felled trees were blocking roads and that officers had put up yellow tape or barricades.

The storm blew over tents at Nashville’s COVID-19 assessment centers, affecting their opening on Monday. The coronavirus hotline was shuttered because the health department was suffering a power outage.

The storm tore off part of the roof of the main fire station in Kittrell in Rutherford County. Six firefighters were in the station when the damage took place, but no one was hurt.

The size of an area affected by a storm and plunged into darkness due to power outages can be a small patch of a state to a major section of the country. If you’re in the middle of it, then you’re going to want protection from power outages. APElectric, located in Pleasant Prairie, Wisconsin, offers a wide range of generators on its website. The products are made by some of the world’s greatest generation manufacturers including Cummins, Westinghouse, Kohler, Briggs & Stratton, Generac, and Guardian. The website also includes a generator sizing calculator and offers information on how to select the proper generator for your situation.