AccuWeather: 2020 Hurricane Season In Southeast U.S. May Get Early Start 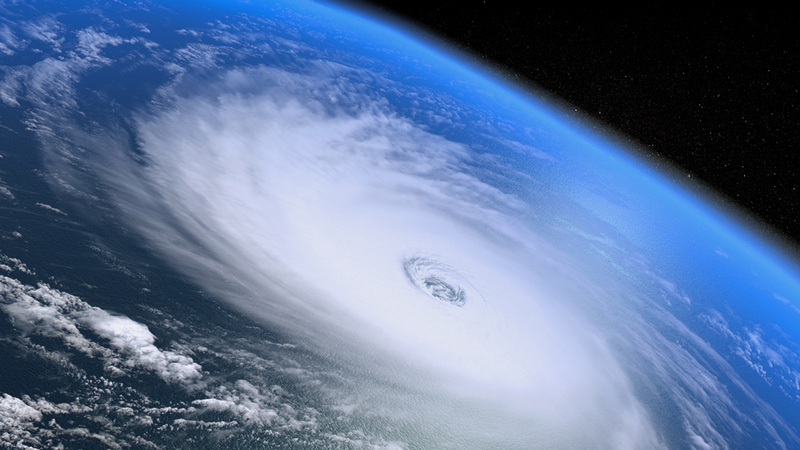 According to Senior Meteorologist Alex Sosnowski of AccuWeather, other than 2014, every year since 2012 has witnessed at least one named tropical storm during May.

The AccuWeather forecasts that a tropical or subtropical storm will develop off the southeastern coast of the United States this weekend (Friday, May 15 through Sunday May 17). An AccuWeather spokesperson said that the ocean water is just warm enough for a tropical development.

The first tropical storm this year will be assigned the name Arthur. It is expected to introduce a very active hurricane season, according to AccuWeather.

This coming subtropical storm is a hybrid of tropical and non-tropical storms that commonly develop off the southeast coast of the United States. These types of storms come both early and late during the hurricane season. Subtropical storms can become fully tropical storms. This is what is forecast to happen this weekend.

These types of storms are referred to as “homegrown” because they develop close to the U.S. coastline. This is a reason why tropical systems can form before the official start of the hurricane season.

AccuWeather forecasters predict that showers and thunderstorms will hit to South Florida and the Bahamas in advance of a tropical depression. As the storm forms it will cause heavy rain in parts of the Bahamas and southeastern Florida during Thursday, May 14 through Friday, May 15.

AccuWeather predicts that before the rain ends later in the weekend, there could be a Local StormMax™ of 6-inches in the Bahamas, said a spokesperson for AccuWeather.

The storm is not expected to affect the rest of the southeastern U.S., but it will impact the beaches along with gusty winds, rough surf, and strong rip currents. This is expected to occur before the storm is given a name.

Higher surf may follow during the weekend along the coast from Florida to the Outer Banks of North Carolina. People planning to take boat trips or visit the beach in this area should be aware.

The storm, to be called Arthur, will travel northeast pass northwest of Bermuda on Monday and Monday night as it reaches its peak.

AccuWeather also warns that another storm coming from the Midwest will also soak the region.

Where the storm from the Midwest travels will affect what parts of the Northeast will receive rain on Monday, May 17. Temperatures in the area could be held down to the 40s or 50s resulting only in rain or it could heat up resulting in thunderstorms. The non-tropical storm may then travel south and pause bringing rain to the mid-Atlantic and/or eastern North Carolina next week.

In addition, AccuWeather is now forecasting as many as 14 to 20 tropical storms this season and an addition to the number of storms that will become hurricanes from seven to as much as 11 this hurricane season.

The results of hurricanes and tropical storms are often power outages. So, it’s best to be prepared with a stand-alone generator that can provide you with power through the storm if the area’s utilities fail.