Why Are Hurricanes So Hard To Predict? 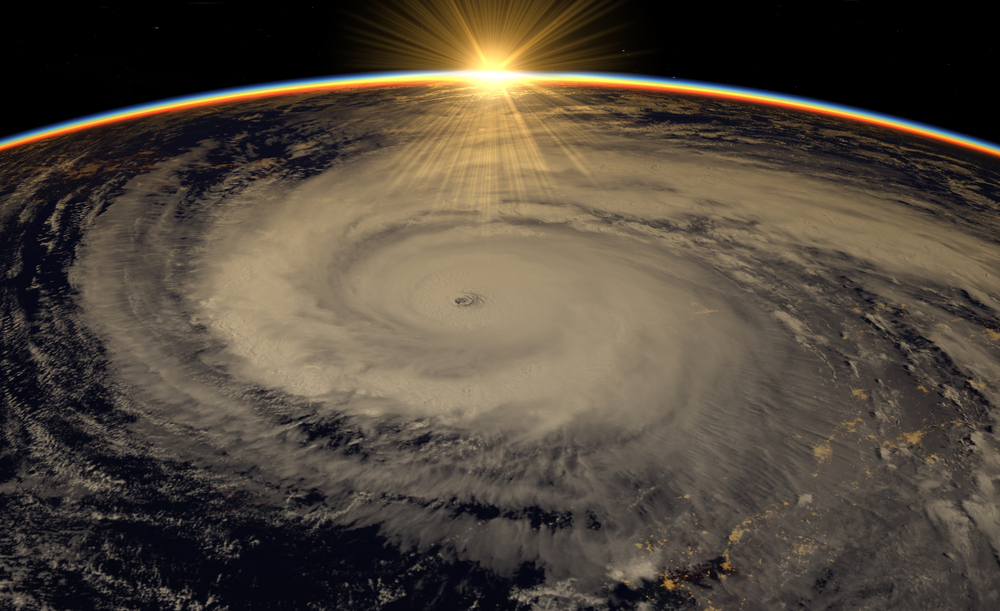 Although hurricanes are considered to be the most extreme natural phenomena on the face of the earth, it can’t control where it goes. Outside phenomena not part of the hurricane itself influence its direction and intensity. These outside phenomena include wind speed and strength of the gusts, the size of the storm and the area in which it covers, whether it is weakening or getting stronger and how fast this is occurring, and the direction it is traveling and its speed.

Each variable is as important as the others and each are both independent and interdependent. For example, the direction in which the storm travels pushes it into surrounding phenomenon that can assist in intensifying or weakening it. And, if it intensifies it grows; if it weakens it shrinks.

Atmospheric systems including troughs, ridges, and high and low pressure steer the storm. Meanwhile, the temperature of the sea surface influences its strength. Warmer seas provide more energy for the storm and thus make it stronger.

In addition, the variations in the wind above the storm can also cause changes. For example, less wind shear results in a stronger storm. More wind shear causes a weaker storm.

All of these variables are difficult to forecast.

Meteorologists who are tasked to monitor hurricanes use computer models to help them make forecasts. The models make a guess of what is occurring in the atmosphere using millions of distinct grid points. Using the guesses, the models calculate the different variables that influence the storm. These include pressure, temperature, wind speed, and humidity at each of the points. Each grid point within the model is only a few kilometers apart.

Hurricanes that are much larger than the grid are easier to forecast than if it were the same size of the grid.

Weather patterns are non-linear. They are interweaved with loops that provide feedback on each other and this also contributes to the difficulty of forecasting. Let’s say a model is forecasting the atmosphere that surrounds a hurricane. Small differences in inputs lead to large difference in outputs. These differences become correspondingly larger as the forecast length increases. Whenever a hurricane is tracked, a point is achieved in which the inaccuracies in inputs cause a divergence in outputs and that results in an inability to predict any further into the future.

Hurricanes are more susceptible to these changes of initial conditions than bigger weather systems like a mid-latitude depression. Thus, they are more difficult to predict.

To get favorable predictions about a hurricane, the surrounding oceanic and atmospheric conditions that drive it need to be precisely measured at regular intervals. If not, the forecast will not be accurate.

Observations of the variables come from buoys with sensors, ship reports, satellite data and information gathered by planes that fly into the storm. In some circumstances, the data gathered is just not enough.

The difficulty in predicting the intensity, size, and direction of a hurricane requires residents in which hurricanes occur to be prepared no matter what. Having a stand-alone generator can be essential when circumstances arise where you need to shelter in place in a location that may be vulnerable. If you have a generation and you’re prepared, then the forecast could be wrong, but you’re still in a position to survive the onslaught.

One online company that offers generators is AP Electric of Pleasant Prairie, Wisconsin.

The company carries some of the best-known brands of generators including Cummins, Westinghouse, Kohler, Briggs & Stratton, Generac, Firman, and Guardian. The website also includes a generator sizing calculator and offers information on how to select the proper generator for your situation.

Visit the APElectric website to find out more about stand alone generators and how they can help you through hurricane emergencies.