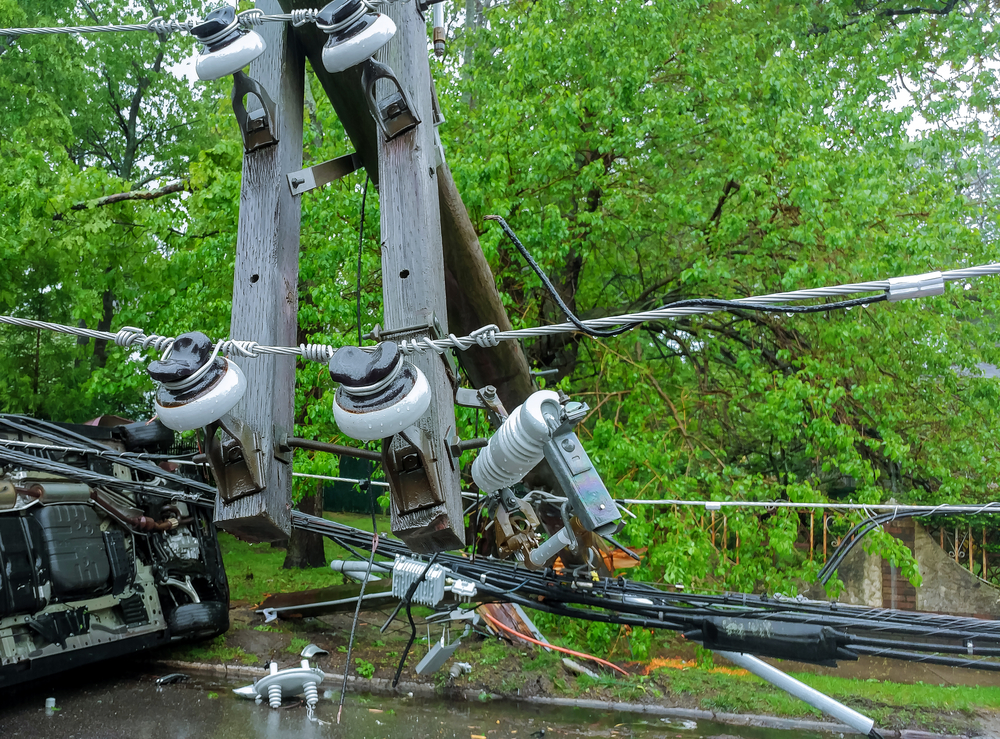 Isaias made landfall near Ocean Isle Beach, North Carolina a little after 11 p.m. Monday, August 3 as a Category 1 hurricane. At the time, its maximum sustained winds were 85-mph.

As the storm approached the shore, a gauge on a pier in Myrtle Beach recorded the third highest water level since the gauge had been set up in 1976. Only Hurricane Hugo in 1989 and Hurricane Matthew in 2016 pushed more ocean water inland.

The U.S. National Hurricane Center cautioned residents near the beach to expect a storm surge of up to 5-feet and about 8-inches of rain as the hurricane makes its way north through the state.

Oceanfront streets in the area of landfall flooded as seawater ended up about 10 feet above low tide.

A spokesman with the U.S. National Hurricane Center warned that the heavy rains could result in flash floods in sections of eastern Carolinas and mid-Atlantic. It is expected to hug along the coast as it heads north toward the New England states.

A tropical storm warning is in effect along the northeast up to Maine where flash flooding could occur on Tuesday, August 4.

There were also warnings of possible tornadoes in North Carolina on Monday night and early Tuesday. Tornadoes could strike eastern Virginia through southern New England later on Tuesday.

The storm remained at sea after skirting the east coast of Florida over the weekend. Florida residents wearing masks to protect themselves of the Coronavirus were already massing in storm shelters.

In southern North Carolina, high winds from the hurricane knocked down trees and power lines. The Hurricane Center was forecasting storm surges of 3 to 5-feet for North Carolina as Isaias moved onshore.

The Hurricane Center predicted that winds from the hurricane could be “significant.” Accompanying the winds will be tropical-storm-force-winds, especially in coastal areas. It is also expected that the storm will cause a storm surge of 1 to 3 feet above normally dry land along the coast from the Virginia Tidewater to southern New England.

As of Tuesday morning, August 4, the latest information claimed that:

At around 9:30 Tuesday heavy rain and flooding was reported in Washington, D.C. Flood and flash flood warnings were in effect for much of D.C.

The most extreme rain was in the far southeastern suburbs of Washington in Southern Maryland where there was as much as 6 to 7-inches of rain, which resulted in considerable flooding. A stream in St. Mary’s County Maryland rose to its highest level since Hurricane Irene dumped rain there in 2011.

At about 8:30 a.m. on Tuesday, it was reported that 300,000 residents in Virginia had lost power. As many as 641,000 utility customers were without power, mostly in North Carolina and Virginia.

Dominion Energy said that nearly 900 of its customers were without power in Northern Virginia, near Washington.

Significant flash flooding was also predicted for Baltimore and Philadelphia.

Whether it’s due to global warming or some other weather phenomenon, the 2020 hurricane season started early. It is the first time on record that two hurricanes had been generated in the Atlantic in the last week of July.

With hurricanes becoming more widespread, the need for protection against power outages becomes that much more important.