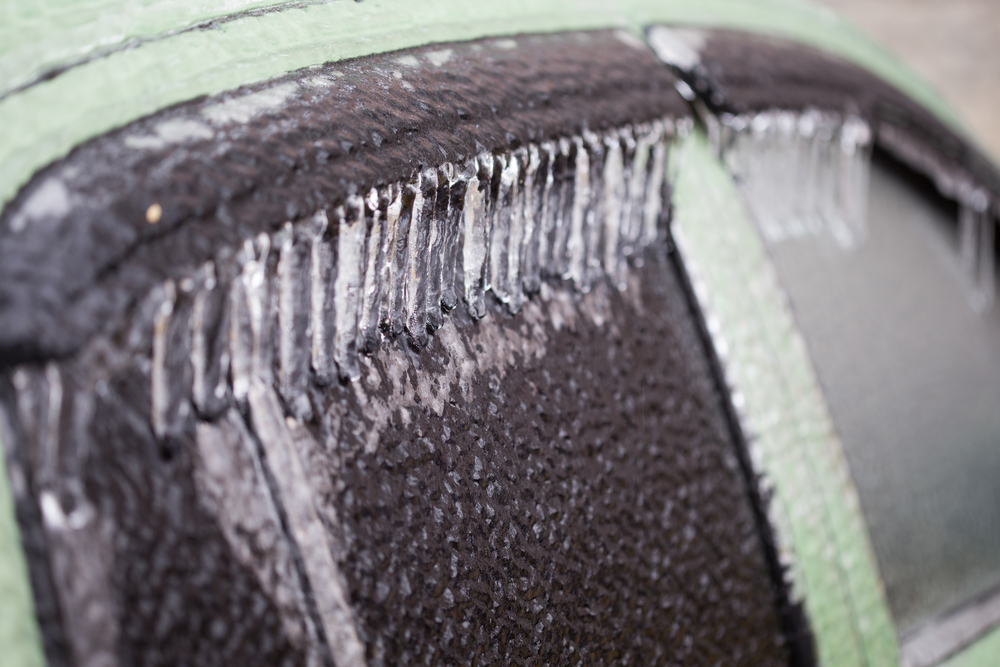 For the first time since December 2009, authorities in Chicago issued an ice storm warning.

Electric utilities in Illinois advised their customers to stay home and not venture out to reduce risks to their safety as utility crews worked to restore power.

Accumulating ice pulled down tree branches and power lines. Utility officials noted that ice accumulation can increase the weight of lines by up to 500 pounds and just a quarter of an inch of ice increases weight on tree limps by up to 30 times.

As of 11 p.m. Tuesday, temperatures were about 32°F and freezing rain was collecting on trees and bushes as well as glazing the roads, sidewalks, driveways, parking lots and vehicles.

ComEd tweeted that about 1,200 of its employees were working around-the-clock to restore power to their customers.

The Federal Emergency Management Administration (FEMA) warned that the threat of power outages due to the ice storm in the Chicago area could be worse than a blizzard. The agency reported that it is working with local and state officials and is on standby ready to provide assistance when needed.

A meteorologist with NBC in Chicago explained that an ice storm is when upper moisture freezes, but as it falls from the sky it warms up turning to rain. The rain hits the ground and freezes on contact.

It was expected that one-to-two-tenths of an inch of ice would be produced in far Northern Illinois counties Tuesday night. Some southern areas could get three or four-tenths by dawn.

Significant icing is expected for areas mainly along and north of Interstate 80.

The storm moved on into southeast Michigan on Wednesday. Forecasts expected that rain would turn into a wintry mix of a tenth to a quarter-inch of ice accumulation Wednesday morning across the region.

The National Weather Service issued a winter weather advisory for freezing rain and sleet starting at about 1 a.m. and continuing to about 1 p.m. for portions including south of the Interstate 69 corridor.

The National Weather Service also issued an ice storm warning for eastern Iowa for Wednesday, February 6. Freezing rain, sleet, and a snow mix is forecasted. Ice accumulation could total up to 10 mm or 0.4-inches. The warning involves the Quad Cities metropolitan area including Davenport and Bettendorf, Iowa. Power outages, tree damage, air and rail disruptions, and hazardous road conditions are possible through Wednesday.

Past winters have taught us that power outages are often the result of many winter storms. You probably know your region better than those who don’t live in it. In those areas of the country that are most susceptible to a harsh winter, families know that having a standby generator can be a lifesaver. Today’s generators include technologies like Wi-Fi, for easy and remote control whether you are at or near home or miles away enjoying snow skiing in the Poconos of Pennsylvania, the slopes of Colorado or northern California.

Having a generator will ensure that a power outage won’t cause food or medications that need to be refrigerated to spoil. A generator can also prevent frozen or damaged pipes that could result in major problems that you may not be able to fix until spring.

Visit the website of AP Electric of Pleasant Prairie, Wisconsin for a review of some of the best-known brands of generators including  Cummins, Westinghouse, Kohler, Briggs & Stratton, Generac, and Guardian. The website also includes a  generator sizing calculator and offers information on how to  select the proper generator for your situation.