Some Power Restored After 6.4 Earthquake in Northern California 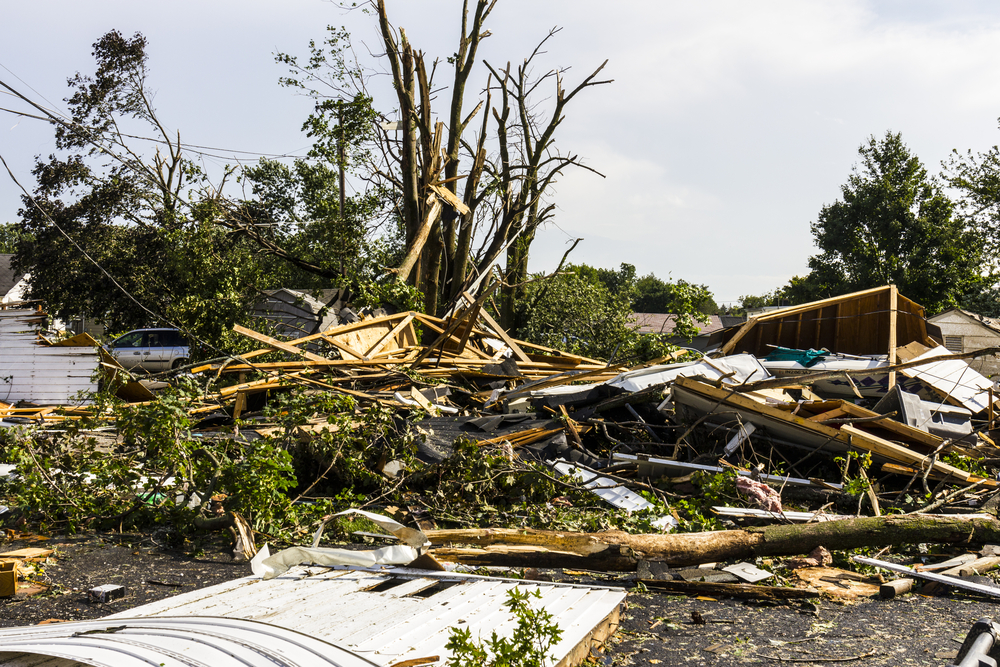 Seven deaths were blamed on the storm, six of which occurred in Autauga County, Alabama, 41 miles northeast of Selma. There were reports that a tornado damaged or destroyed 40 homes. At least 12 people were injured severely enough to be taken to hospitals. Emergency responders cut through downed trees as they searched for survivors.

In Georgia, the storm appeared to have knocked a freight train off of the tracks. Authorities in Griffin, south of Atlanta, said that multiple people were trapped inside an apartment complex after trees fell on it. A Hobby Lobby store in the city lost part of its roof.

The storm spawned 33 separate tornadoes, according to the National Weather Service. States affected other than Alabama and Georgia included Mississippi, Tennessee, Kentucky, and South and North Carolina. Authorities in all these states issued tornado warnings. Tornadoes could not be confirmed immediately after the storm and some damage was later blamed on severe winds.

The tornado that struck Selma did damage in the downtown area. Brick buildings collapsed, oak trees were uprooted, cars were tossed and power lines were dangling from poles. One building was damaged by fire, but it was not known immediately if the storm caused it.

The National Weather Service received as many as 36 reports of tornadoes concentrated in Alabama, Georgia, and Kentucky. It also received 200 reports of damaging winds and hail from Mississippi to the Carolinas and as far north as Southern Ohio.

A La Nina and the dew point caused the storm. A La Nina causes parts of the Pacific Ocean to cool resulting in a change in the weather worldwide. It was a factor in making a wavy jet stream that brought a cold front through the region. By itself, this is not enough to cause tornadoes. More moisture is needed. The dew point was twice what it usually is because of unusually warm water in the Gulf of Mexico and that provided the moisture to spawn the twisters.

A confirmed EFI tornado struck Mercer County, Kentucky, according to the weather service. There was also damage in Monroe County that could have occurred due to a tornado.

The Weather Service has published 696 severe thunderstorms and tornado warnings so far this year; the most recorded this early in January.

Severe storms seem to be occurring more often and many are blaming climate change as the culprit. There is nothing you can do to avoid storms. However, there is something you can do to assure that your home and office have power when local electric utilities can no longer provide it. You can purchase a standby generator.

APElectric offers a wide assortment of generators made by some of the most popular generator manufacturers in the country. These generators automatically go on and supply your home with electric power when local utilities can’t.

For more information on the generators they offer visit the company’s website.