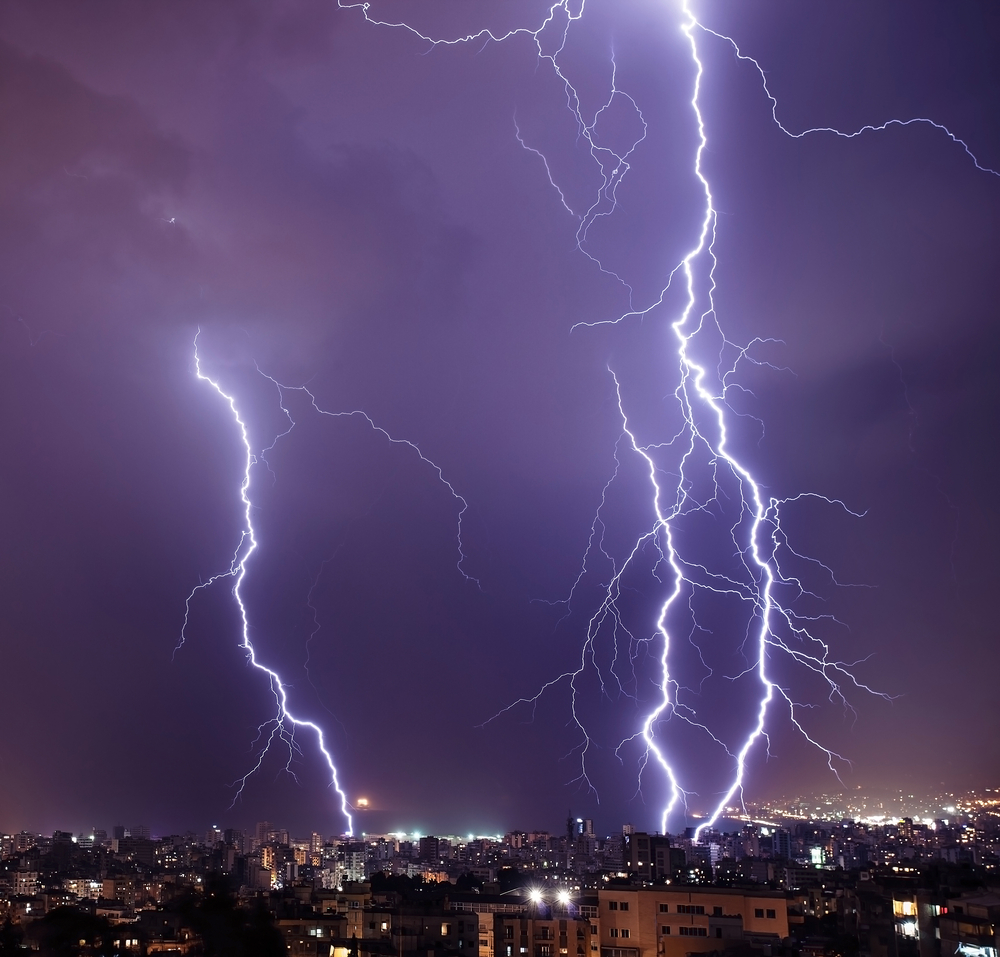 Early June 13th, isolated storm clusters began to pop up over southern Minnesota and Northern Iowa. A warm front was lifting steadily north across the area, and a potent mid-level disturbance was starting to ride along the edge of the front, setting up a “derecho” – like thunderstorm scenario for southern Wisconsin, northeast Illinois and southeast through Indiana and Ohio. Confirming forecaster expectations, by midday, a large, destructive cell developed and swept through Madison WI and into the western suburbs of Milwaukee with intense lightning, 70+ mph straight-line winds, heavy rainfall and up to two inch diameter hail. Twelve thousand homes lost power in the Madison area alone, and a total of 56,000 outages were reported statewide after the supercell pummeled Milwaukee and moved out into Lake Michigan. As of 8am the following morning, 26,000 residents were still without power.

The same system had left flooding rainfall southwest of Des Moines, IA, with lightning and straight-line wine damage reported there. As the storm line moved into northeast Iowa, it spawned eight EF-1 and EF-2 tornadoes {confirmed by the National Weather Service June 14). Damage reports were incomplete, but tennis ball diameter hail was captured in video in Gilmore City, IA. Power outages were reported in nine power districts in the state, but specific residence totals were not available.

Later in the afternoon, the same frontal boundary disturbance very quickly created a large, compact supercell with clouds topping out above 50,000 feet on radar. This storm marched at about 25mph southeast into the Chicago suburbs. Straight-line gusts of 84 mph were registered at O’Hare International, and there were numerous radar-detected rotations which triggered tornado warnings in the path of the storm. On June 14, the NWS was investigating possible tornado damage in six western Chicago suburbs. Power was interrupted to 82,700 Illinois residents, primarily in the near west and northwest suburbs. At 8am on June 14, 38,000 residents (primarily in Cook County) remained without power despite full mobilization of utility repair crews overnight.

This system maintained its destructive intensity as it continued across northern Indiana, southwest Michigan into Ohio. Eighty-four thousand Indiana residents lost power and 7,000 in southwest Michigan had their service go down. Heavy lightning and straight-line winds were the primary source of damage in those areas. By the following morning, 64,000 Indiana residents were still without power.

The storm complex regathered strength as it entered northern Ohio, flooding roads and downing large trees. In Holmes County the tree damage was so widespread and severe that the Sheriff declared a Level 3 emergency so road crews could clear debris and give utility workers access to restore power lines. In the immediate aftermath, 380,000 residents were without power across thirteen Ohio counties. As of the following morning, 337,000 Ohio homes were still without power. The system charged on into West Virginia, where 100,500 homes lost power service.

Heat indices across the entire area will exceed 100 degrees on June 14 and 15, potentially slowing the work of utility repair crews in view of extensive debris to be cleared and the high expected load on the power grid.

APElectric has a wide inventory of generators from some of the most popular manufacturers in the country. Visit the company’s website to review the available stock and to learn how to select the right generator for your situation.