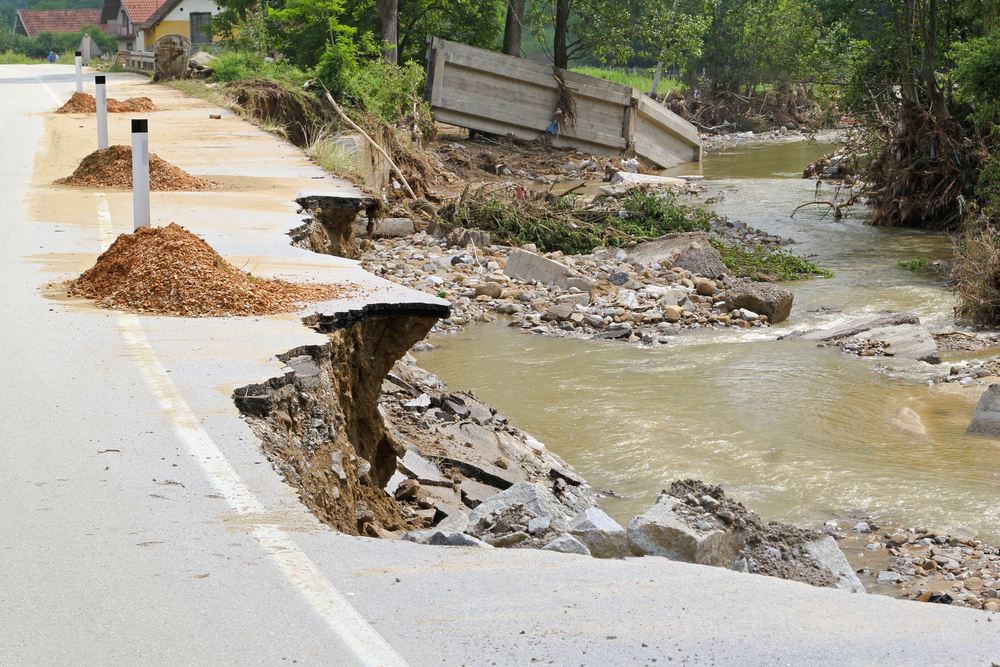 At least 30 are dead, including children after record flooding in Kentucky over the weekend.

More rain was falling Monday, as search and rescue teams continue to look for the unaccounted. The additional rainfall could bring on more flooding in areas that experienced the worst of it on Wednesday.

Kentucky Governor Andy Beshear confirmed that there has been “widespread damage” with many Kentucky residents still without power. There are also washed-out roads, destroyed homes and flooded schools.

Aircraft and boats have rescued more than 600 people since the flooding began.

The destruction in Kentucky is the latest extreme flood event to take place in the U.S. in less than a week.

Heavy rains caused flash flooding in Las Vegas, Nevada and Friday, with rising waters on roadways and in parking garages in the busiest parts of the city.

The drought has left the soil dry and unable to absorb the heavy rains, causing the flooding.

Beshear said that shelters have been created and asked those who could to donate cleaning supplies or water.

According to the National Weather Service, the storm will include winds of up to 70 mph. Damage to trees, mobile homes, roofs and building is highly possible.

People in the path of the storm were advised to move to an interior room of the lowest level of buildings.

In Hamilton County, more than 3,000 customers were without power on Monday morning. The utility forecasts that power will be restored by 4 p.m. central lime.

Storms have caused havoc in many areas of the Midwest and Great Lakes over the weekend. On Sunday afternoon, storms pummeled western Minnesota, eastern South Dakota, and western Wisconsin. Wind damage was reported in areas of Wisconsin.

As the system moves east, there is a threat of severe weather stretching from Illinois to Ohio, Kentucky and western Pennsylvania. Hail, damaging winds and tornadoes were possible. Flooding will be an issue, especially in Kentucky after severe flooding devastated the state over the weekend.

Cities in the path of the storm include Indianapolis, Indiana; Detroit, Michigan; Columbus, Ohio, and perhaps Chicago, Illinois.

Kentucky cities to be affected include Lexington. Ohio cities under threat include Cincinnati and Cleveland. The storm may include gusty winds.

Severe weather is also expected in other regions of the Upper Midwest on Tuesday. Cities that may be affected include Green Bay, Wisconsin, and Minneapolis and Duluth, Minnesota.

Fires continue to plague California, causing blackouts there. A major fire is devastating a region of California known as McKinney located in the northern part of the state. Two have been reported dead due to the fire.

The blaze started on Friday and has ravaged about 80 square miles, which is larger than Washington, D.C.

Evacuations are occurring in large parts of Siskiyou County including Yreka, a city of 8,000.

Other large fires are burning in Alaska, Idaho and other regions of the western states.

Oregon is experiencing a heat wave with temperatures reaching more than 100°F.

According to poweroutage.us, as of 10 a.m. east coast time on Monday August 1, the worst power outages were in:

Fires, flooding, severe rain storms, whatever Mother Nature has in store it is best to be prepared for blackouts that could occur.

APElectric has a wide range of standby generators that will assure that power is always flowing at your home. The inventory includes generators made by the most popular manufacturers in the country. Check the company’s website for more information.